The December 2014 aircraft of the month was a Curtiss HS-2L Flying Boat registered G-CACT The aircraft was purchased from the US Navy by Laurentide Air Service on March 26, 1923 and was used in Northern Ontario and Northwestern Quebec doing aerial surveys, forestry patrols and supplying the Rouyn Quebec gold fields. When Laurentide Air Service ceasing operations in January 1925, Northern Air Service was formed by former Laurentide pilot B.W. Broatche and stablished a base in Haileybury Ontario. Northern began flying this aircraft into Rouyn Quebec in May 1925 continuing the service provided by Laurentide and adding air mail service. The aircraft was destroyed by fire (DBF) on Oct 22, 1925 when a backfiring engine ignited the wing fabric which in turn caused the fuel tank to explode. 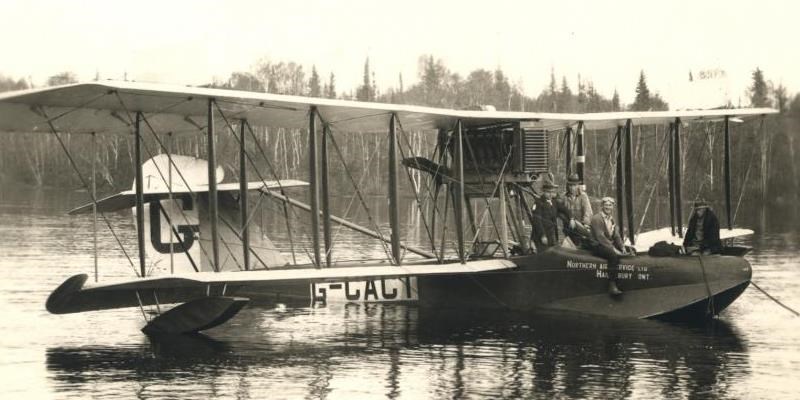