The January 2015 aircraft of the month was a Fokker Super Universal registered CF-AAM Fokker Super Universal S/N 827 came off the production line in January 1929 and was one of 80 that were built in the Fokker plant in Teterboro, New Jersey. CF-AAM was purchased new by the Consolidated Mining and Smelting Company (Cominco). Between 1929 and 1934, it was used in the company's mineral exploration program, based at Trail, British Columbia, but working in remote areas throughout Canada on wheels, skis and floats. In 1934, the aircraft was purchased by George Simmons and E.L. Wasson of Carcross YK and was the first aircraft operated by Northern Airways. It was immediately put to work hauling mail, freight and passengers to Atlin, Mayo, Fort Selkirk, Dawson City and many remote destinations in the Yukon and northwestern British Columbia. In the late fall of 1936 the aircraft was badly damaged on Frances Lake when it hit submerged rocks. Over the following winter, though, it was repaired and flown back to Carcross YK. In August of 1937 it was flown to Vancouver, where it was professionally rebuilt. A second accident on December 5, 1937 occurred when attempting to take off from Dawson City YK, the plane failed to reach flying speed and lost a wheel after leaving the runway. There were no serious injuries, but the plane was considered write-off, and was stripped and left in the brush. In 1974, local pilots Bob Cameron and Tony Hanulik, realizing the historic significance of the aircraft, retrieved what remained. After sitting in Cameron's yard with parts of two other Fokkers for a while, though, it also became clear what a massive undertaking a restoration would be, and the Western Canada Aviation Museum was contacted and the aircraft and parts were flown to the Museum’s warehouse two Air Force Hercules aircraft. The aircraft was restored with help of pieces from 5 other Fokker Super Universals to a March 1935 vintage by Bob Cameron, Clark Seaborn and Don McLean and on July 24, 1998 after 18 years in the shop it took to the air for the first time in 61 years. For next five summers the aircraft toured North America (25,000 miles) with Bob Cameron in command, including a return to its Yukon routes (and roots) in 2001. Today it resides on permanent display in the Western Canada Aviation Museum in Winnipeg. 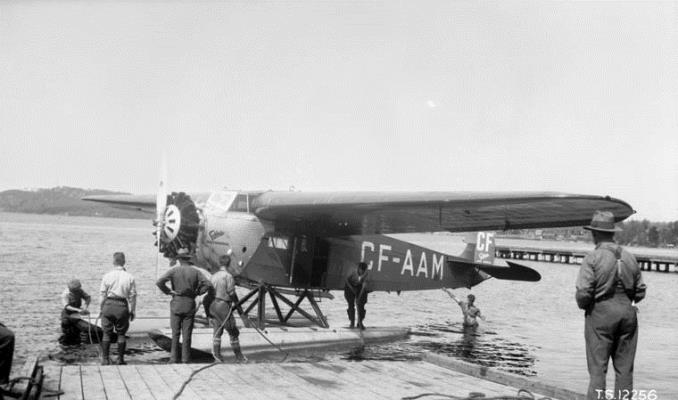