The November 2014 aircraft of the month was a Ford 4-AT-A Trimotor registered G-CARC This aircraft was imported into Canada in May 1938 by Sky View Lines and flew sightseers over Niagara Falls for three seasons. It was then sold to Grant McConachie of United Air Transport Ltd. in the fall of 1934 and was used in Western Canada until it was sold to George Simmons of Northern Airways of Carcross Yukon in January 1936. The aircraft was damaged in a “Nose Over Accident” at Telegraph Creek BC in November 1936, but continued to fly until May 1937 in an un-airworthy condition until it was grounded by the CAB (Canadian Air Board) in September 1937. The aircraft was abandoned and remained in the Carcross airplane graveyard until its sale in 1956 when most was hauled to the U.S. with some parts not being picked up until 1984. The aircraft has been restored and is on display at the Golden Wings Flying Museum in Blaine, MN. 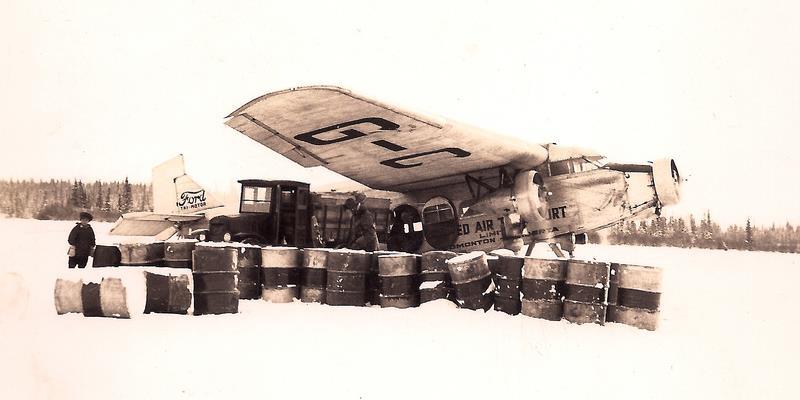 From the Charles Eymundson fonds, PR2012.0927/163 Provincial Archives of Alberta